Below is this week’s edition of ThreatConnect’s Research Roundup: Threat Intel Update, a collection of recent noteworthy findings from the ThreatConnect Research Team. The items below were created or updated March 11-23, 2021. 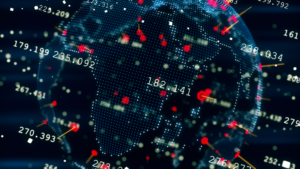 This week’s findings include intelligence related to the following threats and/or topics:

ThreatConnect Research identified possible FIN7 domain eyebrowaholic[.]com (85.217.171[.]19), which was registered through NameCheap on 3/20/21. This domain has non-definitive consistencies with previously identified FIN7 infrastructure including registrar, hosting ISP, Let’s Encrypt SSL certificate, and naming convention. At this time we have no indication of the extent to which this domain has been used maliciously.

ThreatConnect Research identified the following possible FIN7 domains, which were registered separately through NameCheap in March 2021 and are hosted on dedicated servers:

Some of the aforementioned domains are hosted at IPs where an SSL certificate with subject string “C=US, ST=CA, L=Mountain View, O=Google GMail, OU=Google Mail, CN=gmail.com” is/was in use, including coincidencious[.]com and wisecrackism[.]com. We have less confidence in these domains’ association to FIN7 as this appears anomalous compared to their previously identified registrations that we are aware of.

In a review of older registrations at newly identified ISPs of note, we also identified the following possible FIN7 domains that were registered in 2021 prior to March:

At this time we have no indication of the extent to which these domains have been used maliciously.

ThreatConnect Research identified a probable UNC1878 / Wizard Spider domain — geamac[.]com — that was registered through NameCheap on 3/10/21 and is hosted on a dedicated server at Vultr IP 95.179.237[.]115. An SSL certificate was created for this domain on 3/10/21 that uses a “C=US, ST=VA, L=Roanoke, O=Balanced, OU=,” subject string, which is consistent with previously identified UNC1878 infrastructure using various SSL cert strings registered in early 2021. At this time, we don’t have any information on any related files or the extent to which this infrastructure has been operationalized.